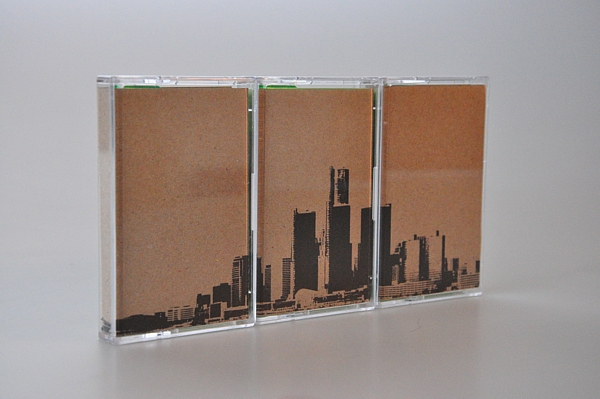 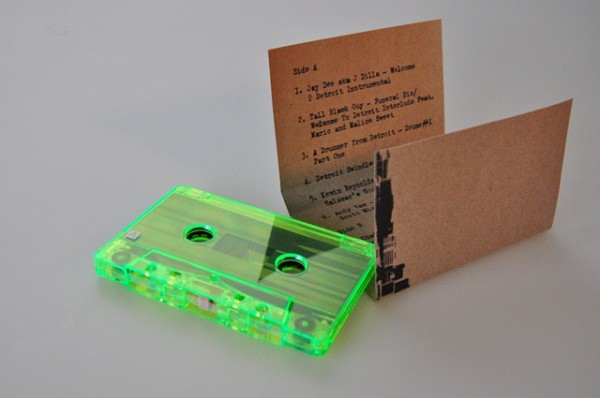 All tracks recorded on the fluorescent green cassettes were acquired from Northampton’s Vinyl Underground record store on Saturday 15 June 2013 between 15:06 – 16:06.  Each tune or artists’ name includes the word ‘Detroit’. The tape length is 60 minutes, reflecting the time spent looking for said records.

The personal stereo, more often associated with the urban, was presented in a rural setting to listen to music that specifically references a particular post-industrial city that is itself, due to a massive decline in population, beginning to look more like a rural environment.

I hoped that whilst the listeners had access to REW and FFWD buttons, the personal tape player was less likely to prompt the skip-inducing habits of digital technology, resulting in a context more conducive to concentrated listening and encouraging consideration of Detroit’s cultural currency and the interrelationships between music, memory and place. 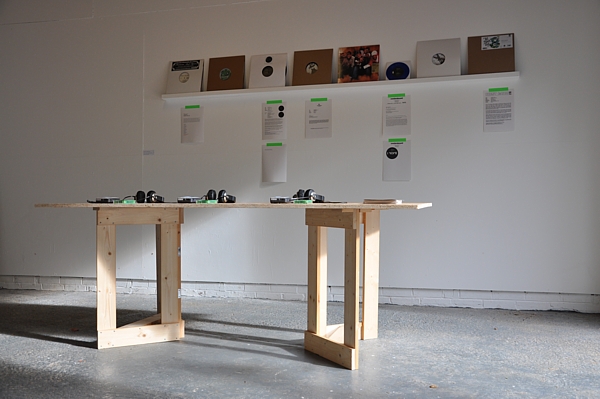 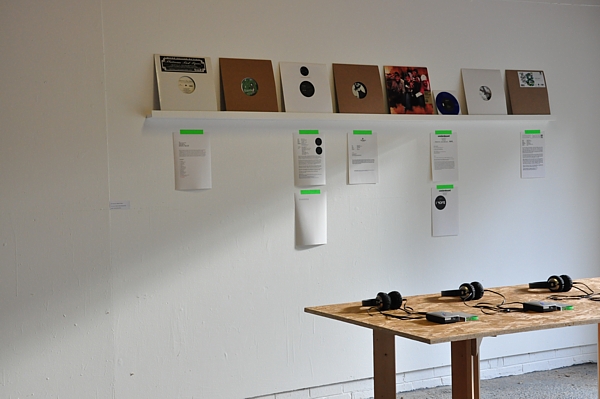 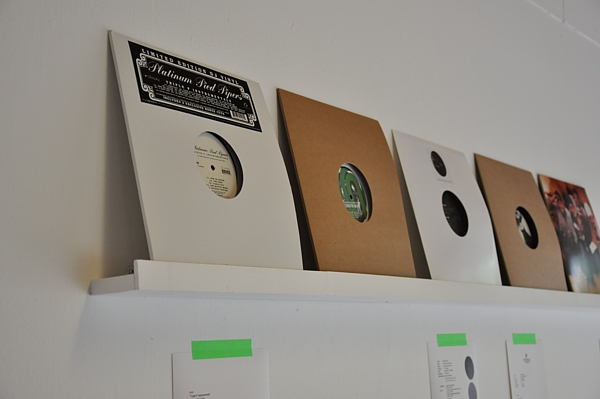 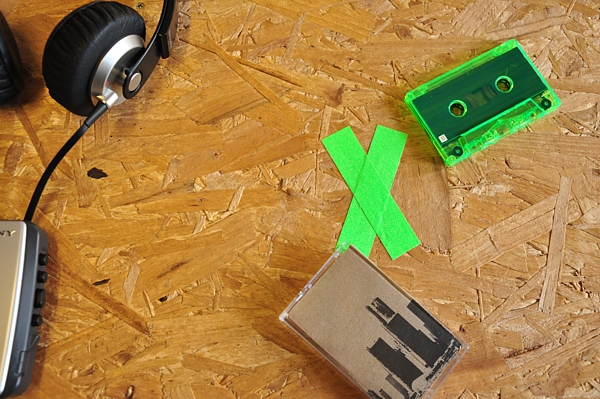 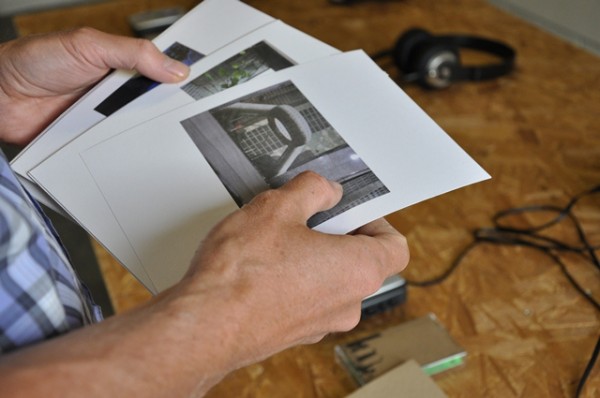 Many thanks to the following: Aidy at Vinyl Underground, Peter at Dirt Crew Recordings, Keith at Awkward Movements, Kevin at Todchai Recordings, Aly at First Word Records, Andy at Yore Records,  Enrique at Ubiquity Records, Lee at BBE Music and Aaron at Fit Sound. Apologies if anyone has inadvertently been left out.