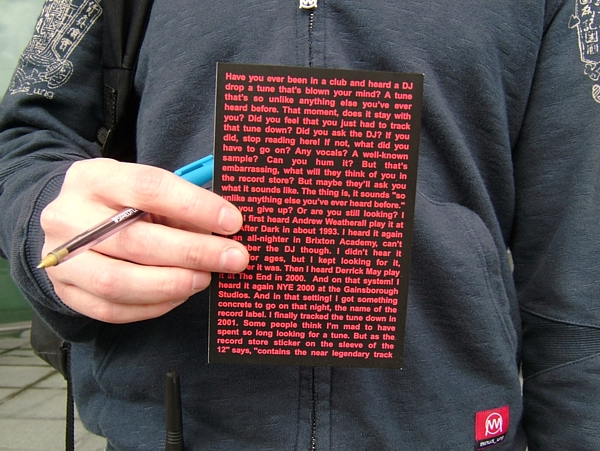 The impact of a specific record is raised as a notion in the text work That Tune. The central theme rotates around the anonymity, mystique and untraceable nature of certain dance music 12” singles. To what lengths will someone go, to find a given tune? The text itself avoids the language of the hard sell advert but exists written in the first person to hopefully entice the reader/viewer into a friendly dialogue with the work.

The postcard is a functionless advert. Given the limited clues in the text, it exists as a dichotic promotion of a tune likely to remain untraced. With the advent of music recognition software, much of the mystery surrounding record hunting has been erased.

My policy at the moment is that I will not disclose to anyone the title of the tune unless they correctly identify it themselves. My frustration in the search for the tune is passed on to the (interested) reader/ viewer. Of course the lack of specificity allows a wider understanding of the text, drawing more people into the work.

The work in its current form as a postcard is being disseminated via traditional modes of publicity for records and music events. It exists on display alongside flyers in record stores and also as a handout to clubbers. Sites for this distribution are strategically linked to locations and factors influencing the generation of the work. The dissemination of the work is being documented, with recipients of the postcard remaining anonymous to further amplify the untraceable? nature of “that tune.” 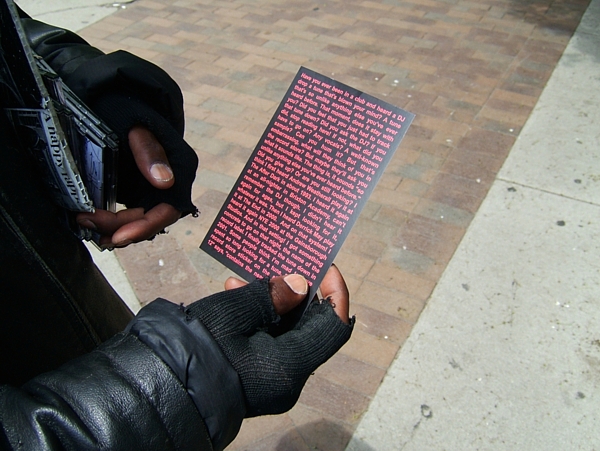 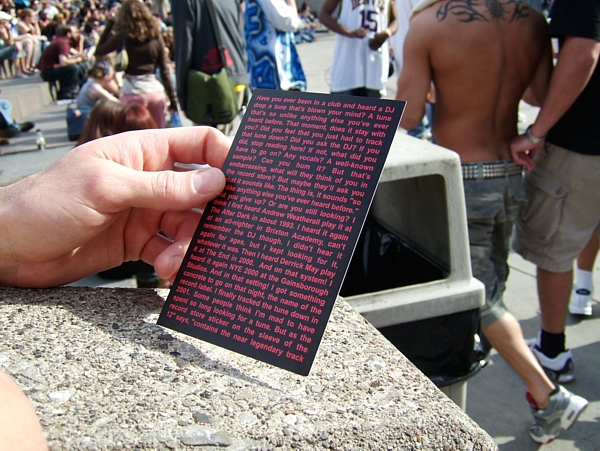 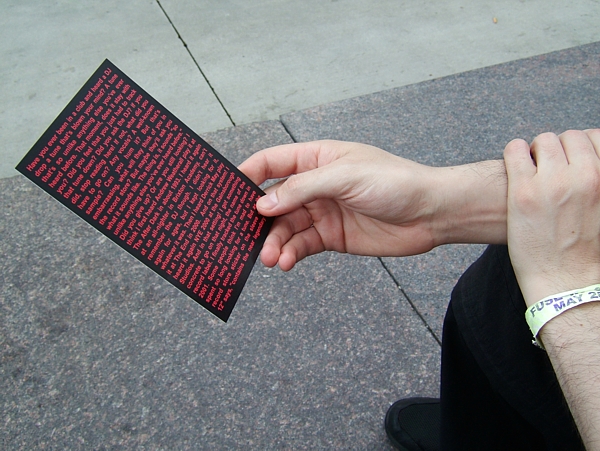