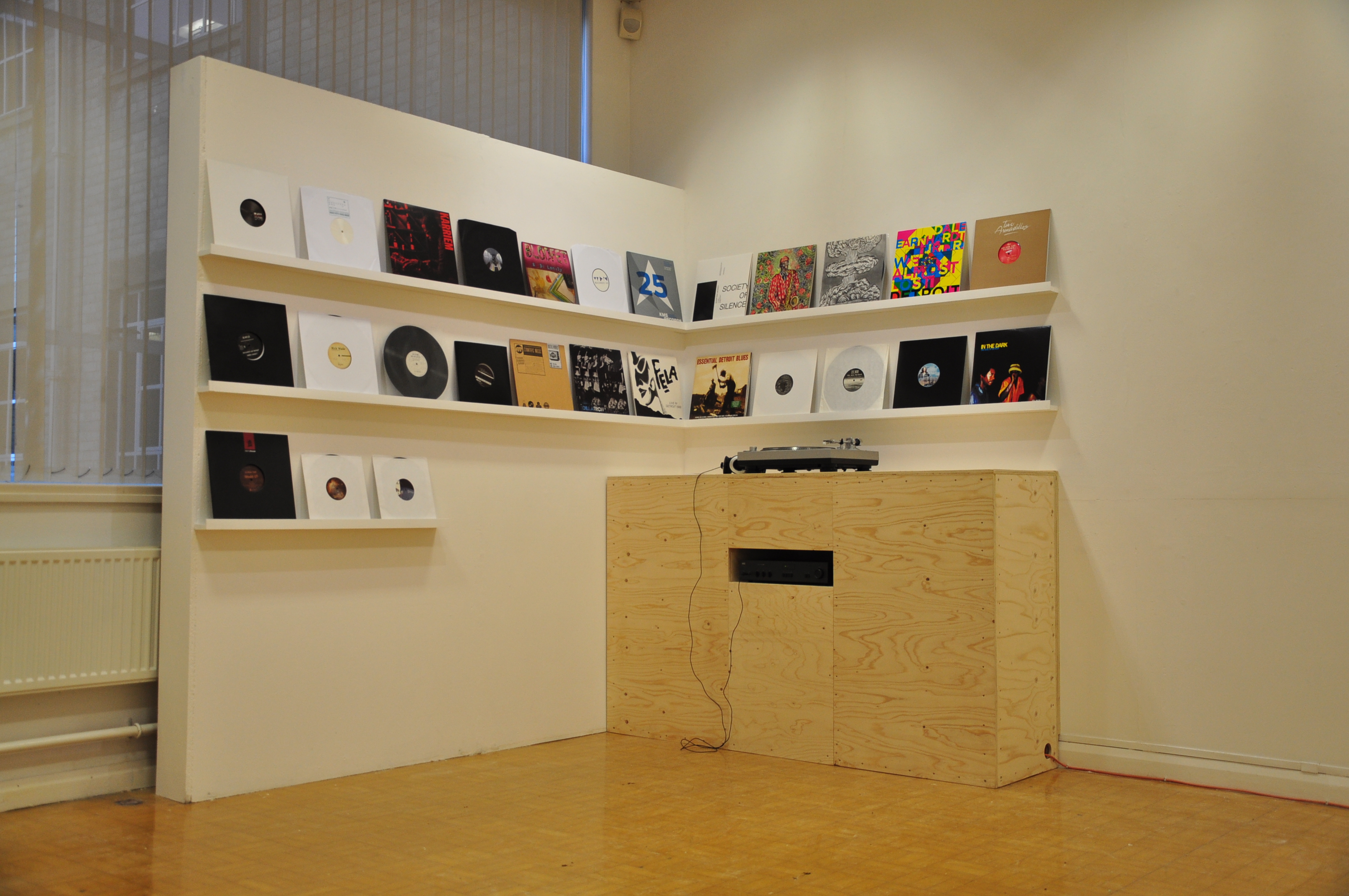 Pressing Detroit 2012 was essentially a kind of “listening station” not dissimilar to the set up you might find in an independent record store. All records included as part of the installation were pressed and/or released in 2012 and included the word ‘Detroit’ either in the titles of the records themselves, within featured track titles or as part of the recording artists’ names. These records were shown along with a turntable, amp and headphones. I hoped that through the act of listening to the said records and/or studying the associated artwork on the sleeves/labels, listeners/viewers would consider the significance of Detroit as a place of diverse cultural production and as a specific point of reference to outsiders* for myriad reasons.

* e.g. Detroit Swindle are from Amsterdam 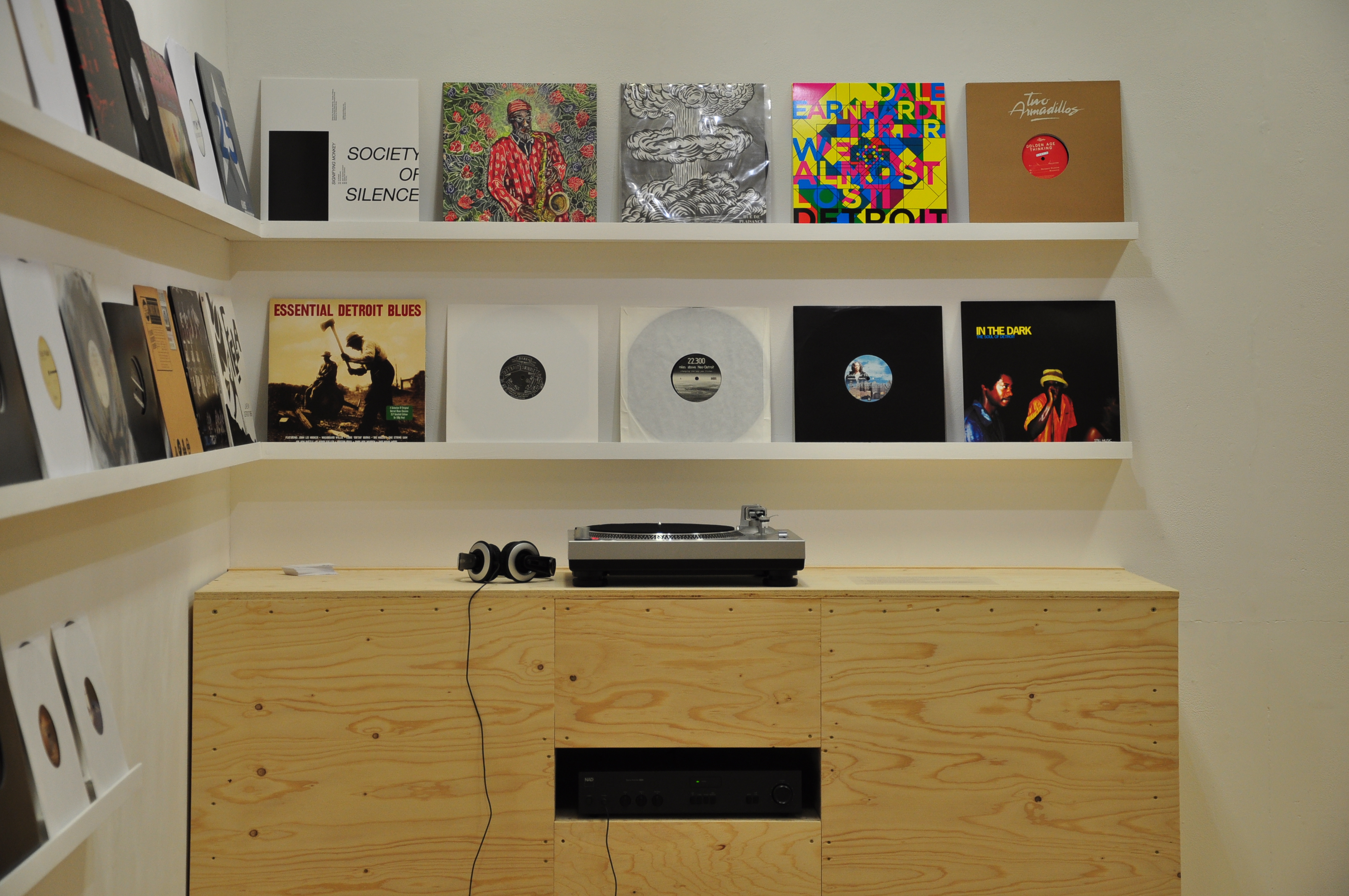 The following records formed part of the work Pressing Detroit 2012:

Luca Ballerini & Rio Padice, Never Mess La Cricca, Waxjam, 2012 includes the track Detroit Bazaar (track B1 – although there is no track listing on the cover, label or run out groove area)

Blodfet & DJ Lonely, From Tuscany to Provence, Börft Records, 2012 – includes the track Detroit is tuff, but so are we, sweets

Various Artists, In The Dark: The Soul Of Detroit, Still Music, 2012 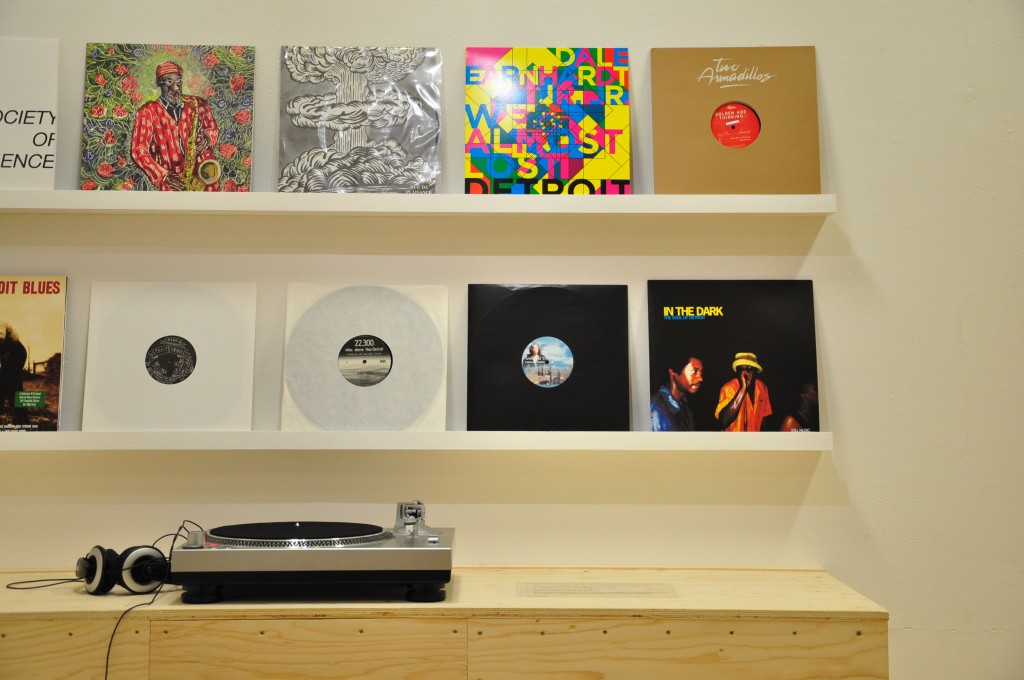